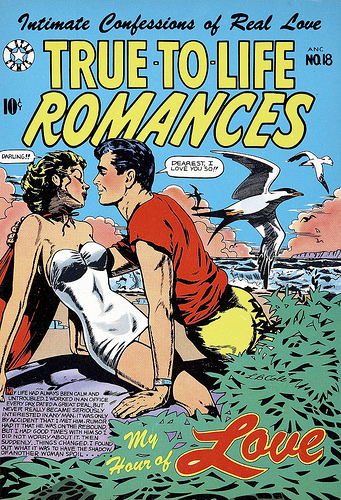 So-called “serious” literary novels, on the other hand, often have a dreary and super-realistic view of romance. Leading characters in such novels might stay together for a short while, sampling a new partner and savouring some hot sex along the way, but they lack strong emotional bonds.

Personally, I’ve always found both types of novels—fantastic, over-the-top affairs and loveless sexual unions—unsatisfying. Some essential ingredient is always missing. I can’t relate at all to the lovers in traditional romantic novels, and the characters in less-traditional but more “realistic” ones always leave me depressed. What’s the point of a romantic novel if the lovers in it don’t actually care about each other?

To me, the ideal romantic novel would combine the deep love and wild passion of a traditional romantic genre novel with the bracing realism of a less traditional literary one. Just like romance in real life.

Kaja, a “translator, a book geek, an amateur home cook, a feminist, and an enthusiastic traveler” who lives in Slovenia, discusses this topic in her post, “Should Romance Be Realistic?” See http://ofdragonsandhearts.com/2016/04/should-romance-be-realistic/

What are your thoughts on the different types of romantic novels?

Our imaginations can create exciting stories and people them with colourful characters. But most novels don’t work unless they have some connection to reality. Of course, we all have life experiences to draw on, but what do you do if you want your novel to reach beyond that?

On the surface, the answer to that question seems obvious: you do research. But exactly what research should you do and how much of it? Writers have limited time and energy to write, time and energy that can be sucked up by doing endless research.

I recently faced this problem when I wrote a romantic novel about a stand-up comedian and an event planner. I knew absolutely nothing at all about stand-up comedians and event planners, and very little about Judaism. Researching these topics online turned out to be a waste of time because I had no idea of how I was going to use the mountain of facts I uncovered.

The solution was simple. I wrote a rough first draft that concentrated on the fundamentals of the novel: plot and character. I then examined the manuscript, trying to identify opportunities to introduce details that would advance the story and add nuances to the characters, and made a list of the specific information I was looking for.

Once I did that, it was easy to do the research. In order to understand the special struggles of stand-up comedians, I purchased and read a novel about a stand-up comedian that was written by someone in the business. The comedian’s novel was different from mine, but it gave me insight into the special struggles of comedians. A basic book on Judaism helped to fill out my sketchy knowledge; it, too, gave me the details I was looking for. I had a harder time finding material on event planners, but I was able to track down some information online once my narrative was in place.

As my experience shows, researching a novel can be fun and not at all stressful once you’ve finished writing your first draft and know exactly what information you need to fill in the details.

Have you done research for a novel? If so, what methods did you follow? Please post your comments. 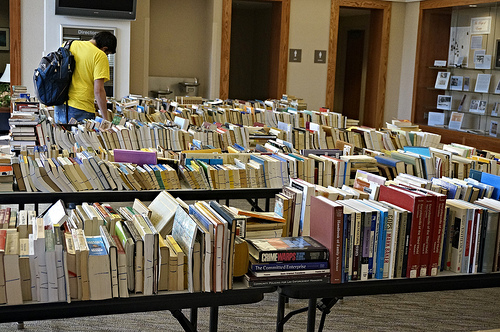 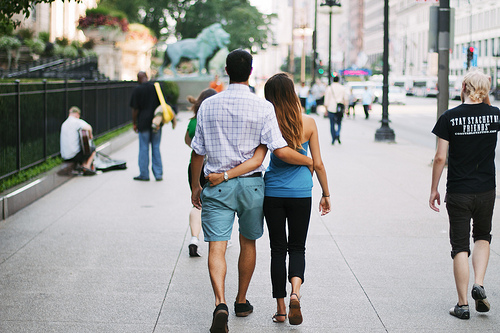 I’ve often wondered whether authors base their romantic novels on real relationships in their pasts.

In my case, the answer is yes. A relationship I had with a boy in middle school (he was 12 years old and I was 11!) inspired me to write my own romantic novel. Even though 45 years have passed, I still cherish fond memories of this larger than life character: tall, darkly handsome, whip smart and, most importantly of all, funny. AND this handsome and smart boy used his wonderful gift for humour to flirt with me!

Virtually every afternoon for three or four months, he would walk home from school with me, always trying his hardest to make me laugh, creating cute nicknames for me and devising amusing songs about me, often snatching the little round green leather hat off my head (it was mid-winter) and kicking it across the street like a football.

I didn’t mind the teasing at all; it was good-natured, he made me laugh, and he was so gorgeous, with his curly dark hair, big brown eyes, and freckles. I looked forward to our afternoon walks home, and wrote about him in my diary every night. I still have that diary, filled with his witty comments, its cloth cover awash in the wild psychedelic colours that were so trendy in 1971.

By the end of the school year in June, he had stopped paying attention to me. He was Jewish, my mom told me, and his family probably didn’t want him to get involved with a Christian girl. Sigh.

For the next four decades, I was haunted by memories of this boy. He was such a unique individual with such a big personality, and I’ve never met anyone else like him. Then one day in early 2013, I had an important insight: unique personalities like my former boyfriend belong in novels!

Of course, nobody wants to read about the “puppy love” of two pre-teens. Well, maybe pre-teens do, but I was now in my 50’s . . . so I aged the two of us by 40 years. I kept my former boyfriend’s marvellous sense of humour but transformed him from a class clown to a professional stand-up comedian. I also kept his Jewishness; it’s an important part of who he is.

Once I established the character of the comedian, it was easy to spin a romantic tale around him and to create a host of other characters, especially the non-Jewish heroine (you’ll never guess who I based her on!). The rest of the novel is pure fantasy, the result of my overactive imagination run amuck (and some research), but its core, its heart, is the sweet relationship between a funny, outgoing boy and a shy, studious girl over four decades ago.

Finish author Helena Halme transformed her real-life romance with an English naval officer into a romantic novel The Englishman: http://selfpublishingadvice.org/writing-how-to-turn-your-life-into-a-novel/

Have you based a novel that you’ve written on a real past romantic relationship? Please post your comments.